The Hottest Food Trends for 2016 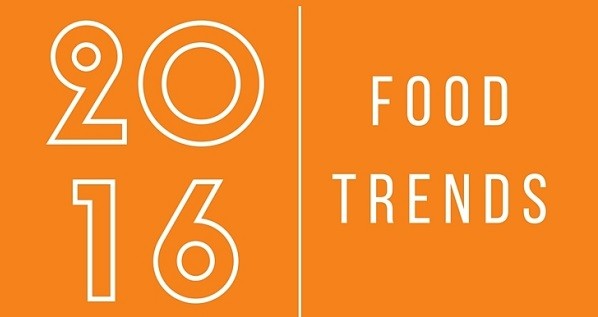 If you had asked a restaurateur 30 years ago to tell you what the hottest food trends were, he or she would probably have screamed, “Spinach salad!” or, “French onion soup – with croutons!” Who even remembers quiche?

Trends come and go in food the same way they do in fashion.

Sriracha started to move up in terms of trendiness in 2015, and it looks like 2016 isn’t going to be any different. Foodies often refer to it as “lightning in a bottle,” and that’s probably pretty accurate. It’s hot, hot, HOT. And chances are it will drive even more hot ethnic foods into the coming year – look for sumac and dukka from North Africa, gochujang from Korea, sambal from Southeast Asia and ghost pepper from India.

This is a non-trend. Consumers have decided uniformly that they do not want genetically modified foods. In fact, many restaurants are beginning to offer menus specifying GMO-free foods.

Food trucks are increasing in popularity, but if you think that means the same old burgers and fries, you’d be mistaken. The trend is more toward ethnic food, including pierogis, lamb, and duck.

Want Tongue With That?

As the trend continues toward ethnic food, increased diversity will be seen in other markets, as well. Organ meats will increase in popularity not just amongst the ethnic market, but among traditional consumers who are bored with the usual burgers, fries nuggets and so on that clog up so many menus and deliver nothing in the way of interest.

Food service workers are typically underpaid. That may change in 2016, as cries for a higher wage continue. Some restaurants will raise wages in attempt to get better staff, while others will continue with the revolving door of minimum-wage workers. It remains to be seen how this will affect the restaurant industry.

Remember, about five years ago, how the trendy thing was a burger patty on a piece of lettuce? Forget it. People today want food that makes them feel nurtured. You’ll be far more likely, in 2016, to find a ton of different options for macaroni and cheese than you will for so-called “lean and healthy” offerings. People want to eat what they love, and love what they eat, and that’s what you’ll be seeing in the year to come.

What are Waterproof Menus

Get your waterproof menus today!!